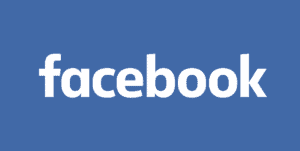 Below is an important article written by Cecilia Kang and published last week by The New York Times. It is quite alarming to see what Facebook has up its sleeve for our kids and social media. I hope you join with me in letting Mark Zuckerberg, Facebook CEO, know how harmful it could be for the development of our youngest members of society. You can snail mail  letters to him at Facebook’s headquarters: 1 Hacker Way, Menlo Park, CA 94025.

Full disclosure: I am on Facebook. I am an adult. My brain is already fully developed. I do enjoy sharing comments, links and stories with friends and family. I am aware of the risks of overuse and addiction concerning social media and technology. I know limiting its use can be challenging for me and other grown-ups. 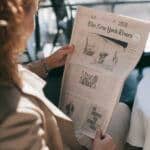 “Turn Off Messenger Kids, Health Experts Plead to Facebook”
The New York Times Technology Section
By CECILIA KANG JAN. 30, 2018WASHINGTON — At the age of 6, a child is full of imagination and may not distinguish reality from fantasy. She is beginning to read and can’t grasp nuances in written communication. She also doesn’t understand privacy. Citing those reasons and more, dozens of pediatric and mental health experts are calling on Facebook to kill a messaging service the company introduced last month for children as young as 6.

In a letter to the company, they said the service, Messenger Kids, which pushes the company’s user base well below its previous minimum age of 13, preys on a vulnerable group developmentally unprepared to be on the social network.

The letter was organized by the Campaign for a Commercial-Free Childhood, an advocacy group that has successfully pushed companies to abandon marketing like a Pokemon Go app that sent children to fast food and other stores, and McDonald’s advertising on the envelopes of report cards in Florida.

Facebook’s new app for young children opens greater concerns, the group said. “Younger children are simply not ready to have social media accounts,” the experts said in the letter. “A growing body of research demonstrates that excessive use of digital devices and social media is harmful to children and teens, making it very likely this new app will undermine children’s healthy development.”

The opposition to Facebook’s app adds to growing societal concerns over digital media and devices. Some big Apple investors called on the company this month to work harder to make the iPhone less addictive, and some former Facebook employees have warned about how effectively the service hooks users.

And academic research, including a study released last week, shows that the rise in smartphone and social media use tracked with greater unhappiness among teenagers. Messenger Kids is a texting-type service that a parent sets up for a child. The parent uses his or her own Facebook account for the child, but the app is otherwise not a part of the main Facebook service. The app doesn’t have News Feed or a “like” button, which some mental health experts have linked to anxiety among teenagers on social media.

But many elements of the social network are there, including emojis, selfies, video chat and group texting. Facebook says Messenger Kids provides a safer environment for children than many online experiences. The app has no advertising, for example. The company said it had consulted with the National PTA and several academics and families before introducing the app. “Messenger Kids is a messaging app that helps parents and children to chat in a safer way, with parents always in control of their child’s contacts and interactions,” Facebook said in a statement. But many health advocates say the app is still engineered to hook users, and that it is giving Facebook early access to its next generation of users.

“Facebook is making children into a market, and the youngest children will be more likely to get hooked even earlier,” said Michael Brody, a former chairman of the media committee of the American Academy of Child and Adolescent Psychiatry.

A version of this article appears in print on January 30, 2018, on Page B5 of the New York edition with the headline: Turn Off Messenger Kids, Health Experts Plead in a Letter to Facebook.

How can the use of this new App not be of concern to parents everywhere? Why do kids need this? We have seen the increase of anxiety in our teens? Do we need to push it down to elementary aged kids, too? Will babies be next? This is insane! Please feel free to comment below. I will be sending a letter to Zuckerberg this coming week. Please join me!