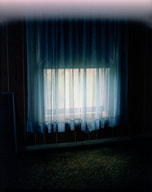 As this saga continues, I want to share that this blog will be part of the Ultimate Blog Challenge and that it is my intention to blog everyday during the month of October. At least that is my goal. Our story will move along much quicker and I hope you will post comments when something moves you.

Life with a fifteen year old can be up and down to say the least. Teens have biological needs to sleep more and most will also begin to stay up later and later into the night. That was certainly true in our house this past year.

Freshman year in high school for my son was becoming more and more miserable. No school work was getting done, at least not at home and reports from teachers said that he was always tired at school. He would often put his head down on the desk and zone out while in class. He told his teachers he had trouble sleeping at night. I told the teachers it was because he was gaming and on his phone “Snapchatting” most of the night. He refused to use the family charger and get that “thing” out of his bedroom to be able to get proper rest. But NO GO!

So instead of repeating idle threats, we took action to get his attention! We took his computer out of his room and out of the house. Boy did that shake things up! He came home and went ballistic! He turned over chairs, put more holes in the walls of his room, yelled and basically threw a tantrum just like a toddler would. Only he was much bigger and stronger. Funny how much the teen years resemble toddlerhood! Or truthfully, not so funny!

The timing of the computer removal was at the beginning of Mid Winter recess also known as Ski Week in our area. We had planned a family trip down the state to visit some of our family, his aunt and uncle and cousins. He said, “No!” and wouldn’t get out of bed. He also said that he was sick and honestly I didn’t believe him, but in fact he did have a low grade temperature and sore throat as we later discovered.

We tried and tried to get on the road and at then realized we were not going to be going anywhere. He was controlling our house and it felt like we were helpless. It was his way of telling us that he was mad that we took his computer away. We stood firm. He stayed in bed. By the time school was back in session the following week, he was still in bed and by now not speaking to us at all.

The silence was “deafening” as they say. “Would you like something for lunch?” I’d ask. No reply. “Are you going to take a shower today?” was another line from me, but no response. NOTHING. It was becoming a huge stand-off. At least it was a peaceful protest, but difficult for me to swallow, none the less.

If only he could use that determination towards a positive goal or school work. It was an amazing thing to witness. No talking, at all! For over a week. Until……….(check back tomorrow to see what broke the silence spell!)

Until then, I remain a CALM:
WARRIOR MOM