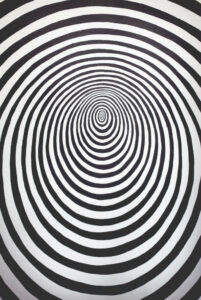 We completed all the paperwork for the Wilderness Program. We arranged for the transport company to come and take our sixteen year old son, in the middle of the night, without his knowledge. And yes, it is absolutely the one of the most difficult decisions a parent can ever make. But we had a chance to save his live. That’s it.

We had to think of it in a positive way. His life was spiraling downward. We were finding out about alcohol incidents that previously had been just marijuana use. Our house was like a hotel to him during the three weeks of summer vacation. He slept there, ate a late night meal there and was gone for the rest of the time. With who knows whom and who knows where. He was checking in less and less and I was always worried.

I called his friends, I texted his friends. They were really getting annoyed with me asking questions, but what else could I do? He seemed depressed and anxious at the same time. On the afternoon before the “big night” he asked me to take him to get some electronic supplies. I reluctantly said, “Fine.” On the way out of town, I rear ended a tow truck in front of his old middle school. Things like that happen for a reason. Thankfully, no one was hurt, but when I asked my son to retrieve our license plate which fell of the car into the intersection, he said, “No way, do you want me to get hit?”. WOW, thanks for caring, is what I felt. He got out of the car and started walking home when I told him that I wasn’t taking him to buy anything.

I tried to not think about what was ahead later that evening, so I went to try my hand at the game of pickle ball with a friend. It was a great distraction and an awesome workout. I ran into a couple of moms who were from our nursery school many year ago. As we talked, they asked about our son. I told them the whole story. Talk about stopping a conversation. I was very emotional.

The night before that we had a nice dinner with our son and the friend who took him to school during the last weeks of his freshman year. It was a thank you dinner to the friend and we all had a great time. Except, we knew what was coming and they did not. It was so hard not spilling the beans and acting natural, but we hung on and were able to do it. We talked about fun things we liked to do and of the future. It was surreal!

For some unknown reason, our son was home by 8:30 or 9pm the night of the transport. He watched some movies on his phone in his room and then started making grilled cheese sandwiches around 11 or 12 pm. I heard cereal being poured into a bowl after that.  There were lots of noises coming from the kitchen. I tried to sleep but couldn’t. I had an alarm set for 2:55 am. The guys (two large men: one played in the NFL and the other was bigger!) texted to say they would be arriving at 3 am. As soon as they arrive, we would go over the game plan first before anything else, outside the front gate.

Come back to the blog tomorrow to hear how it all went.