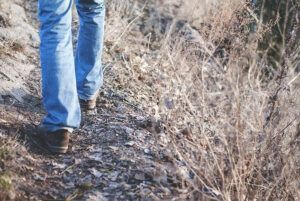 The next step was figuring out what aftercare program was the best fit for our sixteen year old. He was on board, but we would have to visit a couple places first to check them out. We had a meeting with our Education Consultant and went over lots of ideas and requirements.

I tried to get a feel for what was out there and did some Google searching myself to see how these therapeutic boarding schools and residential treatment centers worked. They all had therapy components and schooling, too. We needed success after all the years of mis-steps for my son. Learning issues aside, he was a bright kid, only he really didn’t know it.

We narrowed our choices down to two and scheduled a quick trip to visit both schools on the same day. We had interviews by phone to see if they had room and if they thought our son was a good fit for them. We looked at their websites and arranged the last minute travel plans. Our son was going to need a good week to ten days to process where he was headed according to his wilderness therapist.

We flew out late one afternoon and stayed at an inexpensive airport hotel. At least it had a decent free egg breakfast in the morning. We drove our rental car about an hour and arrived ready for our tour. It was a small town in Utah and had a nice feel when we arrived. The people wet met were very friendly and nice. They offered us water because it was rather warm, even for 8:30am. We told them we had arranged another tour at 1pm, about twenty minutes away, with another school, so everything was out on the table as far as our plans.

We chatted, asked questions, took notes and answered questions. This was new to us so we had to learn a lot about this decision process. We took a walking tour and met more of the staff. Then we talked with some of the students and asked them some questions. The boys were forthcoming and said they were enjoying their  experiences so far. We asked who had been to wilderness and they all had. One boy went twice. We did not ask what there issues were, but they genuinely seemed to be happy and open with us. Our tour came to an end and we said our goodbyes.

We had time to pick up an apple and some chips and hit the road for the second school. This one was very well manicured and groomed on the outside. We met some folks but something was amiss from the moment we arrived. They had a sign welcoming two folks, but it wasn’t our names on the board. Okay, that’s fine, but where  were those people? We then realized they sent their “B” team to meet and greet us. We didn’t even meet the person who interviewed us on the phone just days before. It was rather odd and disappointing.

We did get to meet more boys. We did more talking and asked and answered more questions. We were getting the hang of this process now. Our time was up and we had to head back to the airport to catch our flight home. We got into our rental car and on the count of three we both agreed to say the program out loud that was our choice. “One, two, three……” Come back tomorrow to see which one we chose.