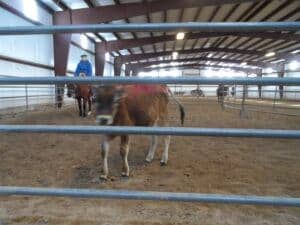 We arrived in Salt Lake City, Utah at 1:15 pm on a cold February day during what has become to be known as “Ski Week”. We rolled our carry-on luggage with us to the Hertz member rental car pick-up area and selected one of the last cars available. This is one of the best ways to rent a car! We use our credit card miles and combine that with being a Hertz Gold Member to get a FREE car! The check out line was slower moving than usual because of the many hopeful skiers arriving in Salt Lake City. Utah is known for having “The Greatest Snow on Earth” and a winter storm was on it’s way over the next few days!

Our son’s school (RTC or residential treatment center) is a bit less than one hour from the SLC Airport, so we had to pick up the pace to get there by the 2:30pm start time for Parent Days. We were very excited to see our 16 1/2 year old! This was one of the longest stretches we experienced without seeing him in person in the last eight months. Sure we had our weekly Skype therapy calls, but it’s not the same! He has been gone from home since June 29, 2017. First for Wilderness Therapy in Idaho for 13 weeks, then in Utah at the RTC. We did not see him at all last July. It was especially hard since he celebrated his 16th birthday in the high desert of southern Idaho. We saw each other at the Wilderness program’s Family Spark Therapy in mid August. And again, as we picked him up in Idaho at the end of September to take him to the RTC in Utah. We had our first Parent Days in late October. We visited during November for Thanksgiving and in December for Christmas. January had no visit. Finally, we were going to see him again in February. Each visit has been special! Each visit has gotten better.

After driving like Mario Andretti, we arrived a few minutes late, to the Introduction and Welcome Session for the Parents. Right after that we headed to the indoor Horse Arena and saw our son! He gave us warm hugs and seemed excited to see us! My hug for him was a double! The first activity was a riding exercise where a team of three boys had the task of “penning” one or hopefully two calves, that were currently at the back of the arena. Each team was on horseback and came up with their own strategy for getting these calves into the pen. Our son’s team was first up. In a matter of 40 seconds, they had one blue colored (spray painted on their backs) calf in  the pen. One boy guarded an open area to head the calf into the other direction. The other boy rode behind the calf towards the pen. Our son gave the calf the final push. Their teamwork and communication worked well and they were immediately successful and very happy.

We watched many other teams doing the same task, alternating the blue colored calves with the pink and green colored calves. Then each team completed a second round. A score-keeper used a stop watch to count the time it took for each group. This was the first time our son did this exercise and he was pleasantly surprised to come in third place with his team-mates. They earned a special breakfast with the two head honchos of Equine Therapy: Jerry and Lynn. Both of the Equine men are popular figures at the Ranch, so that prize was considered top notch!

Dinner in the Gym was next on the agenda! The outdoor BBQ grill was in full swing to feed all the parents, kids and staff! Chicken and ribs and salads were on the menu, topped off with delicious baked desserts! We ate with another family and shared some of our experiences. Many of the boys headed off to get ready for the evening performance of “Newsies”, our son included! This was the most amazing component of positive involvement by our son yet. He NEVER would have joined in a show like this at home. He was a member of chorus in elementary school and for one semester in middle school, but frankly he lip synced and yawned most of the time. He was just biding his time to be able to earn a trip to Disneyland as a reward for participation. He never made it.

This was different! He sang, he did choreography and he took his part in the show, very seriously. According to him, he was in almost every scene, which was true! And he loved it! The cast rehearsed every weekend for five to six weeks or so. The other kids had some fun scenes and many were drama kids for sure. Not so for our son, yet he was part of the experiential learning that comes with doing a show. We smiled and laughed and loved every minute of it! What an evening to behold.

Fast forward to the end of the week when the boys were cleaning the Calf-A (cafeteria) and they all broke out into spontaneous singing. They had such fun with the numbers from “Newsies” and it was contagious. A quick thinking staff member caught it all on video on their phone and it was put into the slide show which ended our Parent Day event. What a kick the boys got out of seeing their fun captured and shared. We were so happy to see our son smile and enjoy his new found camaraderie!

For a full run-down on February Parent Days, click on this link to read the blow by blow.

That evening we took our son to a movie and dinner and returned him at 9pm. He was still at Level One. The next day was the same: pick up and return. This time our hugs were “so-long until next time” type embraces. We will be heading back to see him in the early part of April for a 4 day visit. And we are keeping our fingers crossed that he will earn his Level 2 back in time so we can explore MOAB!