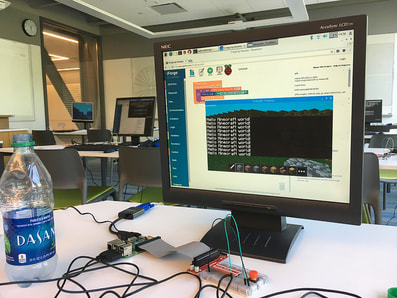 My son grew up in the Digital Age. He knows more about technology than his teachers and his parents.

He used my computer to play Minecraft when he was 10. He could spend hours building Minecraft things and showed others how to play. And then when I could never get online to check my email, we broke down and got him a computer, so he could “do his schoolwork” and get off of my computer. That would have been fine, except for the fact that he never did any schoolwork with it.  FIRST FATAL FLAW!

As time went on, he took my old iPhones and used them as iPods for music and silly games like Doodle Jump. That seemed harmless enough, except that he found that he could get a FREE phone number on Google and set the old phone up as HIS phone using a Google number. Without really understanding what he was up to, he had his first phone, as long as he was connected to the internet.  Remember he was only 10. SECOND FATAL FLAW!

He spent more and more time connected to this device. In fact he rotated between two old phones, so that one would always be charged. I didn’t really give it a second thought. I believed that he would know when to stop. And that he would be able to control himself if he was tired or hungry. That was not the case at all. THIRD FATAL FLAW! What was I thinking?

Now before you rush to judgement, I was a super fan of all things APPLE. I stood in line for the latest releases. I had many subscriptions to Mac magazines. I loved this stuff. So if my son took a fancy to it, that was good, right? NOT EXACTLY. He was a child with a device. I didn’t get my first phone until well past the age of 35 and actually used pen and paper to write in school. I was really spoiled when I received an electric typewriter for my High School graduation gift. My brain was already developed. Many folks were jumping on board to the latest in technology. What could go wrong?

The pressure was mounting as fifth grade ended. I had many conversations with moms and dads about giving our kids phones as they graduated from Elementary School. There were two camps: the ones who did and those who said NO WAY. Where do you think I was? That’s right. My son got a phone. But it wasn’t new, it was last year’s model. And guess what? he cried when he got it! What? That’s right, some of his classmates received brand new, latest model iPhones and he was not in that group. Peer pressure is the pits for all concerned.

What did we do to make it up to him? We bought him a Wii game. Most of his friends already had one of those and at least with Wii, one could be physical and move around with the sporting games especially. Well the Wii lasted a while: Lego Star Wars games, Wii golf and Wii skiing were fun. We were happy that we held our ground: last year’s iPhone and this year’s Wii. But NO XBOX…….

Stay tuned to what happened next in my next blog post. This story is just setting the scene for what’s to come. It may sound familiar to some of you. Don’t forget to bookmark and thanks for reading. 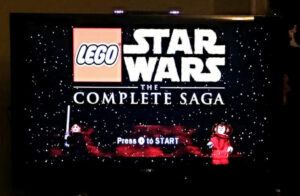