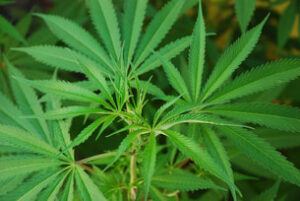 High School. Let that sink in for a moment. What does it really mean? You got it, my son got high in school! And he kept the iPhone connected to his physical person every waking and sleeping moment. Not to mention the amount of gaming on his computer that took place and you can see what a “wonderful” time it was at our house!

We didn’t really know the extent of the marijuana use. There are ways to cover it up: stay away from home longer, use eye drops, stay in one’s room in the dark. 9th grade can be a time when teens seek independence and have less monitoring by parents. They want to “hang” with their friends and not be with their parents as much. I get that, but in our case we were being pushed away every day.

On top of that, his computer and phone use was obnoxious. We suggested trying to take some time away from the devices and chill, but to no avail. A couple of our son’s doctors suggested putting the charger outside of his bedroom and charge AWAY from where he slept, but that wasn’t even an option in his mind. The net he threw out to friends and their friends was so large that “someone” would answer a text, join a snapchat or post some pics on Instagram. It was a full time job just keeping up with all the groups and “friends” he connected with.

Those devices became the biggest distractions from doing any homework at all. None, zilch, nada. And the grades reflected just that. “Do you have any homework?” I would ask daily. “Nah” is the refrain I heard over and over and over. “How is that possible? I’ve checked your online portal.” He would tell me to get off of my computer and stop checking on him.

He was a master of avoidance, a student of social media and a habitual user of being connected. ALL of the TIME! His sleep was disturbed because he would answer or send a text in the middle of the night. I could gather some info from using a parent app connected to our phone service. I was able to squeeze out of him some of the repeated phone numbers and who they belonged to in his group of friends. But short of turning off the phone, which we did do a number of times, he was out of control.

Now, this is the part where I will say “don’t judge”. Some of you may have kids who actually responded to “NO”, but our son was becoming a monster, no matter what we did. Honestly, his disposition was dependent on if a social media “friend” responded to his text positively or not. Sometimes he came out of his room to comment on the crazy election and we’d share a laugh. Other times he didn’t speak at all. We were beginning to be held hostage by his moods related to his online conversations, use and postings.

I turned off the modem, I changed network passwords, I turned off his data. You name it, we did it and then some. I even pulled an important wire from his room to disconnect him and the next thing I discovered is that he actually “cut” the internet to our whole house!  That didn’t hurt him, he just went to the local Starbucks and used their internet connection. He was out for revenge!

One of the oddest things was his obsession with carrying cords and plugs and extra batteries so he could charge his phone from where ever he was. And he carried all these cords in his famous “backpack”. Whenever he left the house, the backpack was with him. “What’s in the backpack?” was our daily question. “Oh, just chargers, cords, batteries so I don’t lose power”, he replied. But sometimes, he did lose power.  And, he was never without this backpack. He even took it into the bathroom with him when he showered. REALLY?

I do not consider that behavior normal, however it was very OBVIOUS that he was hiding more in the backpack than just cables and batteries. You can’t believe what we found in there……Come back to the blog for the next post and find out.