My fifteen year old son is technology whiz. He can code and program with the best of them AND take most things apart. Putting them back together is more of a challenge however. I remember days going to a local thrift store and buying rotary dialing phones and other old fashioned electronics for him to fiddle with, for pennies on the dollar. It seems that he may have some kind of future in that broad field of computers or engineering.

But, in order to be able to get a job down the road, completing school is important. That goal became a problem during the second semester of his freshman year. My son’s interests started to change. He seemed anxious and depressed. Something had to be done. He was not himself anymore.

My son has gone to doctors for his ADHD meds since 7th grade. But after going to one for a while he decided that he didn’t like that one anymore and would refuse to go to any appointments. Ugh. So I had a brilliant idea. I said to my son, “Find a friend you trust. Someone who likes their doctor and get that doctor’s name and I’ll make an appointment for you.” Agreed, at least their would be some street cred if a friend suggest it! I called and started the process of my son becoming the new doctor’s patient. This psychiatrist has his office in the next town from us, so it was pretty convenient to see him. He required a couple of consultation appointments before therapy would begin which seemed fine to me. The only draw back was the expense, wow was he expensive. Gulp. I made it happen. 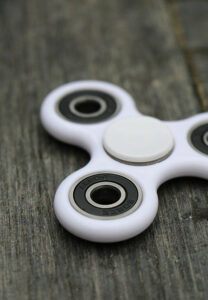 I filled out the paperwork before we met and gave a history of some of the challenges and problems that we were having as a family and for my son as a teenager. Where to begin?  I compiled a laundry list of problems to work on. It seemed so daunting: ADHD and school failure, marijuana and negative friends, technology addiction and just plain ‘ole defiance were at the top.

The first thing the doctor said to me was, “Let’s talk about Plan B”. I replied, “What’s that?” And he continued………(find out more in tomorrow’s blog post)