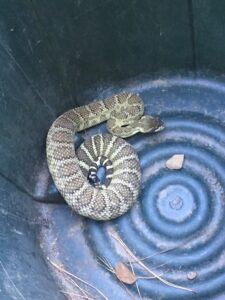 We had plans to go to our cabin for the 4th of July. Originally it was supposed to be with our son and a friend and her mom, but since we had a massive change of events, it became a small family gathering. We did have one uninvited guest. Just before our first weekly phone call with our son’s wilderness therapist, a rattlesnake showed up near an old BBQ pit by the cabin.

A rattlesnake always adds a high level of excitement to anyone’s day, that’s for sure. We had the call and then dealt with the snake later. Well, I actually took pictures from inside the window of the capture and re-location. The snake now has a new home six miles away from the cabin and was last seen happily slithering down a hill. Disaster diverted!

The call went well. We liked his new therapist and felt that we could all do some good work together. It was not going to be easy or quick, but baby steps in a structured environment. We would be receiving letters from our son during his first few weeks of wilderness to help everyone ease into a new “normal”. We in turn would answer back. It was old fashioned communication at it’s best. His letters were handwritten and we were pleasantly surprised at his “nice” printing and how legible it actually was. We complemented him on what a good writer he was. It had been a long time since we had seen any of his school work, so we had no idea he could write that way.

As I look back on that particular week, I remember feeling very emotional and “raw” inside. I went swimming at the local pool everyday. It is a huge, old time pool with a one foot shallow end that goes up to nine feet in the deep end and has a diving board to boot. I tried to take in the beauty of the local mountains near the cabin and relax as best I could. It was a really “weird” time, but our son was safe and we were all adjusting to our “new” surroundings.

There were no fireworks for us on this particular 4th of July, that is, the kind we had been dealing with from his behavior at home. It was a new beginning, a re-boot, a time for healing. Our son’s sixteenth birthday was coming up. How would that be for him in the wilderness? How would it be for us, without him at home? Come back to find out! 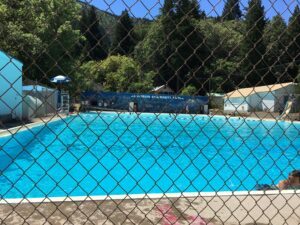