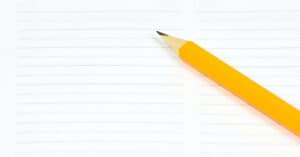 We received our first letter rather unexpectedly. It came as email attachment. When I double clicked on it, I saw a handwritten note about twelve lines long. It was a bit faint and was obviously scanned by the staff at the residential treatment center (RTC) where he is now located. We later found out there is a weekly assignment for all the students to send a letter to their parents.

The best part of the letter is reading how much he says he misses us. Awwww….. What more can a parent ask for? As a general rule and something I believe in doing, when one receives a letter, one must respond back. Years ago when I held a “cute” letter writing club for my son and his fellow first grade classmates, I made them take an oath stating just that. “If I receive a letter in the mail, I promise to write that person back.”  I’m sticking to that pledge, after all, everyone enjoys getting mail!

And so, we began to write our response back to our sixteen year old teen. We answered a few of his questions about how grandma was and the dog, too. We also asked him a few questions of our own. The primary reason for this letter and future ones to come is therapeutic in nature, however. Social and personal business aside, this will become a way to address many of our family issues, including topics of social media use, negative friends and technology addiction.

We are all settling into our new life with our son being gone at the RTC/school a couple of states away. Our first letters were warm and friendly. There would be plenty of time for our therapy assignment letters. Next up was to write an “impact letter” to our son. We were able to use the same one we sent to him for wilderness, but added an addendum of things to made it current. We send our letters by typing them and then using email. On the other end, it gets printed out and handed to him, when the staff does mail call.

Our communication will also include Skype calls for weekly therapy, along with old fashioned letter writing. Sometimes it’s easier to write things than it is to say them. It’s nice to have a combination of both. We are all trying to improve our relationship! That’s what he has told us and many of the staff at his new RTC. Moving forward!